Oprah Winfrey's Net Worth – How She Grew a Media Empire Oprah Winfrey's Net Worth: Here’s How She Made Her Money

Oprah Gail Winfrey is an American talk show host, television producer, philanthropist, and businesswoman. Best known for her famous talk show that ran for 25 years, it's no surprise that Oprah Winfrey's net worth is  in the billions. Although she has retired from her show, she's not finished making money yet! Oprah continues to follow business ventures, invest, and put out valuable content on a variety of platforms.

Keep reading to learn about how she got started in television, became a leader, grew her empire, and where she spends her money.

Growing up poor with a difficult childhood didn't stop Oprah from building an empire. Her TV career began at age 19 when Winfrey dropped out of college and started a job at a CBS television station in Nashville. In 1976, she transferred to another station in Baltimore, where she was a news co-anchor and reporter. 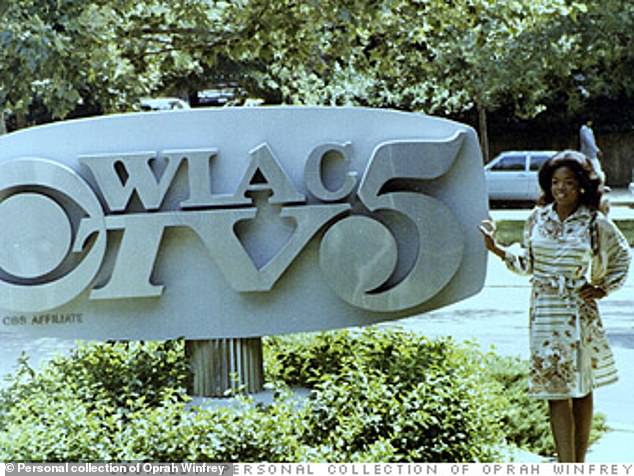 So, how did Oprah Winfrey get rich? Her story had some twists.

Being a news anchor didn't allow her to utilize her natural talents, but she soon joined a new morning talk show called "People Are Talking," which aired in 1978. This show fell more into her spectrum – listeners loved her, and it became a top-rated show. Here, she was free to be her natural humorous and empathetic self.

A couple of years later, she took over a 30-minute morning talk show on "AM Chicago." It aired in early 1984 and quickly began the top talk show in Chicago (before she joined, it was in the last place). She soon licensed her show for a national broadcast network in 1986, renaming it "The Oprah Winfrey Show." She took 25% of the show's revenue.

At age 32, she became the first African American television host to be nationally syndicated. In just a year, her yearly income jumped to $30 million. This is where Oprah's net worth really began to grow. She was a busy woman this year – she also founded her own television production company called Harpo, Inc. She became the first black person (and third woman) to control a major studio.

Oprah gave a living demonstration of the Owner's Model that we teach inside the Capitalism Incubator. She realized her chief responsibilities were to cast and hold her vision, get the right people on her team, and make sure her businesses never ran out of money.

Throughout the years, Winfrey's show continued to grow bigger and bigger. Viewers loved her show topics, which included a variety of social and spiritual issues. Oprah encouraged her notable show guests to open up. She was recognized multiple times with Daytime Emmy awards for Outstanding Talk Show Host, and her ratings were spectacular.

By 1995, for Oprah Winfrey, net worth had reached almost $350 million. She became the richest woman in entertainment. In 1996, she launched her famous book club and The Angel Network (her charity) in 1998. In 1998, she co-founded Oxygen Media, a programming company geared to women. She also began creating her magazine, "O, The Oprah Magazine," that launched in 2000.

Oprah Takes Over the 21st Century with a Talk Show Program

Winfrey only continued to grow as the social media era began booming. This is the century where she would become a billionaire! She ran her website that still receives millions of monthly traffic and launched a 24-hour channel called "Oprah & Friends" on XM Satellite Radio.

For Oprah, the century marked her entry into the ranks of billionaires. Her famous talk show continued until 2011. This would have been a good chance for retirement as Oprah neared her 60th birthday, but she was far from being finished. She went on to create OWN (Oprah Winfrey Network) in partnership with Discovery Communications. She is currently the CEO of this network, with a 25.5% stake. It's doing well now, but they had a rough start and lost hundreds of millions before turning a profit. In 2018, she signed a deal with Apple's streaming service to create original content for their platform (including a book club, documentaries, and a TV series).

Aside from being a talk show host, Oprah Winfrey is an actress as well. Her first appearance was in "The Color Purple," a Steven Spielberg film in 1985. She got an Academy Award nomination for Best Supporting Actress.

Oprah has also played large roles in Charlotte's Web, The Bee Movie, The Princess and the Frog, Selma, A Wrinkle in Time, Crow: The Legend, and others.

A fair chunk of Oprah's net worth came from her five books and two magazines (one was named the most successful start-up ever by Fortune magazine). Her books focus heavily on spirituality, including taking responsibility for your own life and taking control of it.

With the rise of podcasts, it's no surprise Oprah decided to release her own. Oprah's SuperSoul Conversations is a hit television series that airs on the OWN network. She hosts conversations with thought leaders about spirituality and connecting with yourself. Episodes release every week, and there are 900+ for binge-watching. The podcast is simply an audio version of these episodes. 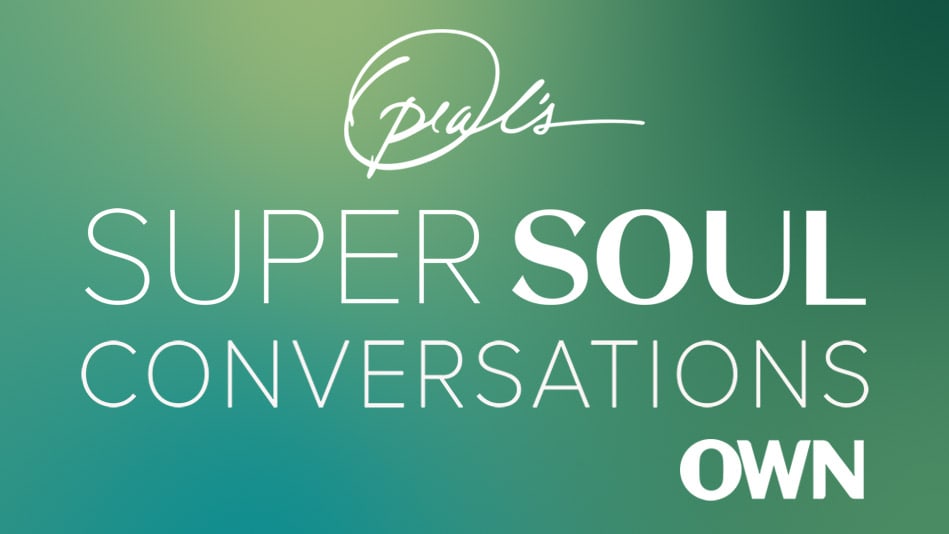 Oprah has dived into many other areas outside of the television and media industry. She is a smart investor too! In 2015, she purchased 10% of Weight Watchers International, a weight loss subscription company. She became one of their top celebrity endorsers. Her investment has paid off, to say the least. In June 2018, the company's share prices hit record highs. Her shares have reportedly gone from $43 million to a shocking $400 million.

Oprah Winfrey’s Net Worth Boosted by Other Investments

In 2018, Winfrey invested in True Food Kitchen, but the amount has not yet been disclosed. It was also announced she would serve on the board of directors. Oprah Winfrey's net worth will likely have another boost with this investment.

How Does Oprah Spend Her Money?

Oprah Winfrey's house (or should we say, houses) is incredible. In fact, she has more million-dollar homes than she can count on one hand. Why not invest in real estate when you have that much money to spare?

Montecito, California: Oprah's primary residence is an incredible, 23,000 square foot home on 42 acres of land with gorgeous mountain and ocean views. She purchased it for $50 million, but it is now worth $90 million after restorations. It boasts six bedrooms, 14 bathrooms, ten fireplaces, a library, two theatres, a tea house, a tennis court, and a beautiful lake for her exotic fish collection.

Also, she purchased another Montecito home at auction in 2016 for $29 million. This is a lovely 23-acre horse farm estate, right next door to her previous home.

Oprah purchased her third Montecito home in November 2019 for $6.85 million. It sits right between her other two homes. It's a 4-acre complex with five separate structures, including the main house, guest house, pool house, carriage house, and gated equestrian facility.

The Oprah Winfrey house collection in Montecito alone includes three lots worth over $100 million – definitely a significant contributor to her wealth.

Telluride, Colorado: Oprah purchased a ski chalet for $14 million back in 2014. It's an 8,700 square foot home with five bedrooms, 6.5 bathrooms, and beautiful mountainous views.

Orcas Island, Washington: Oprah bought this 7,300 square foot home for $8 million. It has a beautiful cabin-like design with eight bedrooms and six bathrooms, not to mention 3,000 feet of private shoreline.

Hawaii: a vast ranch of nearly 163 acres on Maui. The 21st-century farmhouse has a wraparound porch with ocean views. It's unclear how much she spent on the estate, but a nearby property sold in 2016 for $32 million.

Surprisingly, Oprah isn't like many of her fellow billionaires (Kylie Jenner was on that list until Forbes outted her billionaire-status as a fraud) with a vast portfolio of luxury cars. She definitely prefers profitable investments. However, Winfrey does drive a Tesla Model S and reportedly owns a Volkswagen Beetle. She also has a few Cadillac Escalades with private drivers, of course. Also, Tyler Perry gifted her a Bentley years ago. Flying in luxury is more of Oprah's style. She owns a Bombardier Global Express XRS private jet that is worth an estimated $42 million. It has a large interior that fits 8–14 passengers.

Oprah’s Got Heart: Her Charitable Giving

Oprah Winfrey, age 65 (as of 2019) is very well known for her charitable contributions. She founded Oprah's Angel Network, a charity that raises millions of dollars every year. Also, she created the Oprah Winfrey Leadership Academy for Girls in South Africa to mentor young girls. Oprah has also given away $40+ million of her own funds to charities.

It's no surprise that Oprah has won several awards. Here are a few of her top achievements.

Oprah Winfrey has been dating Stedman Graham, net worth of $10 million, for 30+ years. They met in 1986, right when Oprah was beginning her empire. They have a very non-traditional relationship as they never got married or had children. Stedman is an author, businessman, speaker, and podcaster.

Net Worth and the Bottom Line

We hope you were as impressed with and inspired by Oprah's rise to the top as we are. She is one of the richest self-made women in the world and was the first black woman billionaire in history. With her multiple profitable business ventures, it's no surprise that Oprah Winfrey's net worth surpasses most others in the entertainment industry.

She’s become an inspiration for a whole generation of aspiring entrepreneurs. The way the business world works today, reaching her level of success is now possible for anyone - and it doesn't have to take decades to achieve it. Especially in the physical products marketplace, brands currently reach valuations that could easily turn owners into billionaires.

Of course, that starts with building your first million-dollar brand. Inside the Capitalism Incubator, that's what we do. We have the business ideas, connections, funding, and coaching entrepreneurs can use to build seven-figure businesses they can sell for eight figures.

And if you're already well on your way as a successful entrepreneur, The One Percent community is where your peers gather to talk about business, investing, and how to grow and use your wealth to create positive change in the world.