you have certainly seen a quote from the Milton Friedman.

The Nobel Prize winner was not only an award-winning economist but a very well-spoken man. This has led him to become one of the most quoted economists on the internet.

Milton Friedman was a Nobel Laureate and an economic influence to both President Ronald Reagan and Prime Minister Margaret Thatcher.

Milton Friedman economics are famous for many reasons, particularly his work on price theory, in which he advocated strongly against the field of Keynesian economics.

The economist also advocated and wrote on a great deal of other issues, such as political freedom, school choice, social welfare, and discrimination.

Although a great deal of his work is still used today, and continued by his son David Friedman, who is also an economist, he always said his greatest accomplishment was on military conscription.

Though military conscription is not usually the focus of economists, Friedman advocated for an “all-volunteer army.” He suggested that a volunteer army would be more representative of the citizen’s view on taking violent action against another group.

“THERE IS NO DOUBT that large armed forces plus the industrial complex required to support them constitute an ever-present threat to political freedom.” -From Why Not a Volunteer Army?

He also advocated that it is more expensive to conscript an army than to ask for volunteers and that such a policy on conscription was a threat to both political and economic freedom.

So what can our society learn from the Quotable Friedman? I suggest that he may have provided solid arguments for some of the more contested points of capitalism, responses that the common man could understand.

The United States has traditionally been labeled one of the freest nations in the world, both historically and presently. However, this may be mere rhetoric, as the United States is ranked as only “moderately free” on the 2016 Index of Economic Freedom.

To Friedman, political freedom was inseparable from economic freedom. He concedes that it is possible to have a politically repressed society with some form of economic freedom, but the opposite scenario is impossible.

He asserted that political freedom was the promise that one may act as one wishes without the coercion from another individual, let alone a governing body.

This also applies to an individual's wallet. When the government forces you to pay a tax that goes to another individual, or even a cause you don’t support, they do so under the threat of coercion.

We know this to be true, because if you fail to pay your taxes, there is a very high probability a coercive body will knock on your door.

When a governing body has the ability to direct funds to particular organizations, it lends some form of favoritism, no matter how slight. An example of this is mass media, as media controls the message and those who give special favors to the media can sway the message.

In Capitalism and Freedom, Milton argued that those in power due to corruption hate the free-market because it does its job so well. It gives consumers what they actually want and not what those in power think they should want.

The moral of the story is political freedom and economic freedom go hand-in-hand, they should not and cannot be thought of separately.

“Not all schooling is education nor all education, schooling. The proper subject of concern is education. The activities of the government are mostly limited to schooling.”

Milton Friedman made a great distinguishment between education and schooling, suggesting that the government focuses more on schooling. Perhaps focusing more on citizenship then preparing its citizens for viable careers.

He made the point that government went out of its way to subsidize higher education long before they focused on primary schools, which may have more weight than the former.

This has made the costs exorbitant to those attending colleges and universities, as attendees have had to aid in subsidizing the training of “veterinarians, beauticians, dentists, and a host of other specialists.”

In regards to primary schooling, there is the constant call for more money. More money to build new facilities and pay better salaries for teaching staff. Friedman points out that these are more like expenditures on schooling for numerous reasons.

One is the call for specialty classes such as basket weaving, social dancing, and so on. These classes do nothing to add to individuals future careers. He doesn’t say that there is no value in these classes, simply that it should be under individuals own cost and not that of the state.

Where is the justification for the taxpayer to pay for such classes? Would perhaps garage or carpentry might be more beneficial to society?

In regards to teachers, Friedman points suggest that poor teachers are paid too much and the good teachers paid too little. The current system does not induce competition or incentive for teachers to innovate in the field of education.

I like to think of the wedding cake scenario when addressing discrimination on the market. In recent years, there has been a battle over the issue of business owners being forced to do business with individuals they do not agree with, may it be religion or sexual preference.

Those who support the free-market should oppose any and all legislation that would aim to force businesses to do business with those with whom they disagree, here is why.

If such legislation came to exist, the business would be forced to do an exchange with the consumer, at the threat of imposed fines, but the free-market would do so more efficiently.

Many of these businesses do not hide their disagreements from consumers, in fact, some put signs in their windows, which I find to be beneficial as it tells me where not to take my business.

In the free-market, individuals can choose to be racist, homophobic, etc. but consumers are also free to not accidently give them their business.

Here I bring in Ludwig Von Mises to aid in this point:
“In an unhampered market society there is no legal discrimination against anybody,” he wrote. “Everyone has the right to obtain the place within the social system in which he can successfully work and make a living. The consumer is free to discriminate, provided that he is ready to pay the cost.”

In the free-market, the baker may choose to not make a cake for a same-sex couple, but instead of facing fines, he may in fact, face the closing of his business with no government to bail him out.

Capitalism may not prevent discrimination, but it doesn’t permanently hamper any particular group. These acts may be ugly to look at and even intended to do harm, but in a free-market discrimination and exclusion don’t work in the long run. 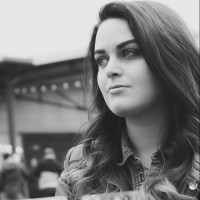