George Foreman's Net Worth – From Heavyweight Boxer to Entrepreneur 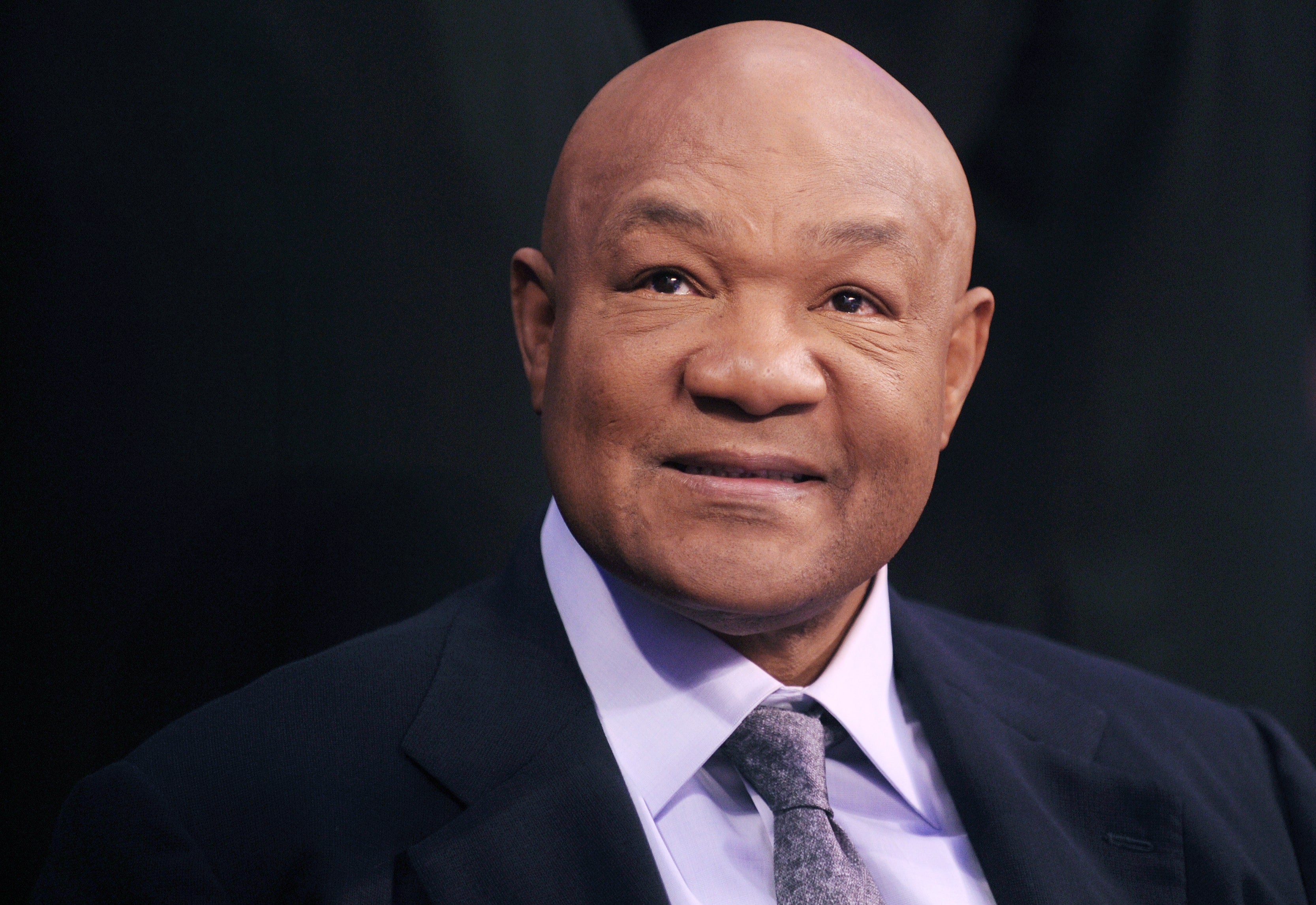 George Foreman is known as a two-time World Heavyweight Champion and Olympic gold medalist, as well as a successful boxer whose total losses can be counted on one hand. He also is an author, an ordained minister, and an entrepreneur. Many younger people know him as the guy on all the commercials – George Foreman has made quite a chunk of cash from his endorsement deals with a variety of companies. It's no surprise people want to know George Foreman's net worth - and we'll tell you. Plus, find out how he made his money, what he spends it on, and more about his life.

Building His Net Worth

Growing up as poor in Texas, George Foreman completely changed his life around with boxing. He had a troubled childhood – he dropped out of school by the time he was 15 years old and was even arrested for robbing someone. However, he grew passionate about boxing and pursued the sport full-time.

George Foreman’s net worth started growing from his successful boxing career. At the start, he won many competitions as an amateur boxer. He went on to compete in the boxing heavyweight division in the 1968 Olympics, where he won a gold medal at just 19 years old. After this, he became a professional boxer and won the world heavyweight title in 1967.

In 1973, George Foreman fought Joe Frazier in one of the most famous fights in history. A year later, his first defeat came while he fought against Muhammad Ali. He decided to retire in 1977 after losing another match to Jimmy Young. He decided to pursue an entirely different career and became an ordained Christian minister. However, he missed boxing and was near bankruptcy ten years later, so he made a comeback in 1994.

By the time he retired for good at 48 years old in 1997, he had experienced only five losses and 76 wins. George Foreman was inducted into the World Boxing Hall of Fame and the International Boxing Hall of Fame. To this day, he remains the world’s oldest heavyweight champion.

To our surprise, we found out much of George Foreman’s net worth wasn’t earned from his boxing career. He stated that he made around $5 million from boxing before his first retirement, which is equivalent to around $40 million now. After ten years, he had spent it all on his extravagant lifestyle and didn’t know how to properly invest. George was on the verge of bankruptcy before he decided to start boxing again.

His other sources of income have come from books, product sponsorships, and other entrepreneurial ventures. Endorsements are his most significant source of income. Similar to influencer marketing, George is paid by brands to endorse their products on television. His most significant paycheck involved the selling naming rights to Salton, Inc for the George Foreman Grill – a total of $138 million. Most of us entrepreneurs would be thankful to make that kind of paycheck selling a business, let alone something as simple as naming rights.

Plus, George Foreman’s net worth has grown even larger due to this partnership. In an AARP interview, he revealed making well over $200 million from the grill. His monthly paycheck reached $8 million at one point! He still makes a steady passive income from the grill. 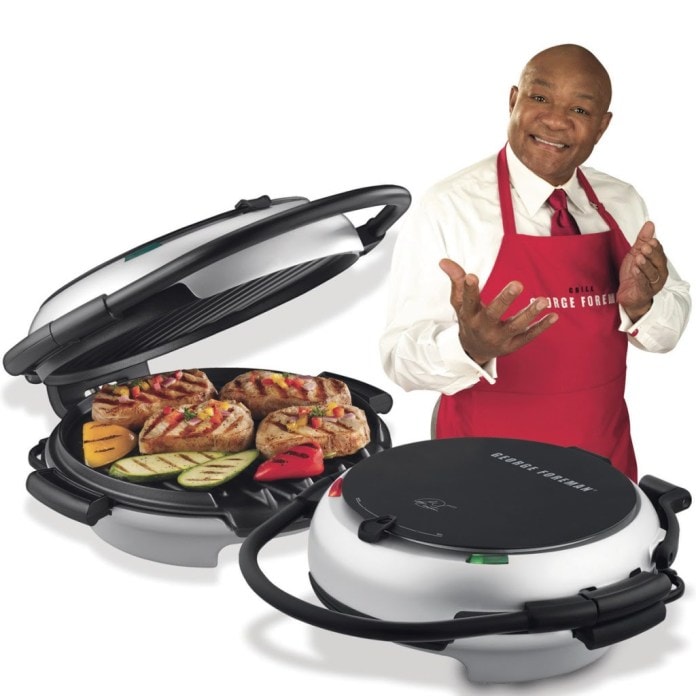 He had been speaking publicly about his passion for healthy eating, so the grill company figured he would be the perfect celebrity spokesperson. Aside from this, he has endorsement deals with other companies including KFC, Doritos, InventHelp, UFood, and Meineke.

George also owns many of his own products. He has created a line of environmentally safe cleaning products, a health shake, a shoe for diabetics, a line of personal care products, and even a restaurant franchise.

He’s a writer as well! George has published ten different books throughout his lifetime. These include self-help books, autobiographies, and a range of cooking books that boast recipes made with the George Foreman grill.

Finally, a small chunk of George Foreman’s net worth is from television appearances. Recently, he appeared on a reality show called “Better Late Than Never” with three other celebrities. The show centers around them shedding their luxurious life and traveling overseas. It premiered on NBC in 2016 but was canceled after two seasons. He has also made a few other TV appearances as a guest on The 700 Club, a judge on the American Inventor, and in Night at the Museum: Battle of the Smithsonian.

Where Does George Foreman’s Money Go?

George definitely enjoys indulgences. For one, he has spent a chunk of his net worth on cars and his mansion in Texas. Although we haven’t seen a tour inside of his home, the outside looks incredible. Since his garage can fit 64 cars, you can imagine how large the rest of the house is.

In addition, George loves his cars – this video interview shows off his incredible collection of 50+ cars! His garage is filled with cars from Mercedes, Corvette, Porsche, Rolls Royce, and more. Despite this, he states that he typically drives a pickup truck.

Aside from these purchases, George Foreman’s kids were definitely costly (he has 12)! He had a strict rule that they should go to college, so he spent hundreds of thousands putting them through college. Even so, this was a small percentage of his net worth.

Finally, George and his wife enjoy going on vacations. She is from the Caribbean and they love traveling to her previous home in St. Lucia together.

Christmas is definitely crowded in the George Foreman house. In total, he has 12 children from his current and previous marriages. He has seven daughters, two of whom are adopted. All of his five sons are named George Edward Foreman, with either Jr. or Roman numerals added to the end. Most of them go by nicknames instead of their birth names to easier differentiate between them.

On top of this, George has thirteen grandchildren, three great-grandchildren, and 15 dogs. George Foreman’s spouse is Mary Joan Martelly, but he had four previous wives before they were married in 1985.

To sum up, George Foreman has led a very successful boxing and entrepreneurial career. He is one of the richest boxers due to his extensive endorsement deals, books, and other streams of income he has generated. We are excited to see how George Foreman’s net worth might grow even higher due to new opportunities that may come into his life.