Joe Gatto's Net Worth: How Making People Laugh Made This Joker Very Rich That's the exact line on Joe Gatto's Instagram and Twitter bio. So who is he and what is Joe Gatto’s net worth??

Joe Anthony Gatto is an American improvisational comedian, actor, and producer from the New York City borough of Staten Island. He is a star actor in Impractical Jokers, an American hidden camera reality game show with improvisational elements. He is one of the four members of the Tenderloins.

In this article, you find out about Joe Gatto's net worth, the movies he acted in, and how he built a successful acting career.

What is Joe Gatto's net worth?

There are so many figures making the rounds on the internet regarding his net worth.

His actual net worth is estimated to be around $7 million while the valuation of Impractical Jokers' actors stands at $20 million or a little above.

And since there are 4 actors in the show, each worth $5 million. Much of Gatto's net worth has to do with the success of Impractical Jokers, which launched on truTV in 2011.

Who is Joe Gatto?

Joe Gatto was born in Staten Island, a borough of New York City. He is of Italian descent. He studied at Monsignor Farrell High School, and LIU Post, where he received a degree in accounting. He is the son of Gerri Amato-Gatto (his mother) and Joseph Gatto Sr. (his father) and they both migrated to the USA before his birth. His father died in 1995 due to an illness.

He tied the knot with Bessy Gatto in 2013, three years after she relocated from California to New York to live with him. They have a daughter and a son. Unfortunately, in December, 2021, they divorced.

One more interesting fact, Joe adores dogs and is an advocate of the “Adopt, Don’t Shop” movement.

What salary does Joe Gatto earn from The Impractical Jokers?

The Impractical Jokers is an American hidden camera reality game tv show that started airing in 2011, produced by NorthSouth Productions. As of December 2022, the show is worth around $20 million, and in each episode, they earn around $50,000.

Here are some highlights of The Impractical Jokers.

Apart from his stint in Impractical Jokers, earlier in his career, Gatto co-founded The Tenderloins in 1999 with Mike Boccio, James Murray, and Sal Vulcano. The comedy troupe won $100,000 as a grand prize in It’s Your Show.

After being apart for years, Murray, Gatto, and Vulcano reunited after graduating from college and began practicing improvisation at Gatto's house, going on to tour as an improv and sketch comedy troupe in 1998, calling themselves the Tenderloins.

However, Joe Gatto announced he was stepping down during new year's Eve of 2022 owing to personal reasons with his family. He is also known for starring in The Misery Index (2019) and Impractical Jokers: The Movie (2020).

What other sources of income does he have besides the show?

Also, he runs a YouTube channel, and he has over 100k subscribers.

Ever heard of the Two Cool Moms podcast? Well, the popular podcast is co-hosted by Joe and his friend, Steve Byrne who is also a comedian.

What is Joe Gatto's net worth?

Joe Gatto's net worth is $7 million

What are some of Joe Gatto's income sources?

A huge part of his money is made through his comedic roles in movies or as a stand-up comedian. The movie: Impractical Jokers helped him to make a lot of money and skyrocket his income. Now, he manages Cannoli Productions and serves clients globally.

What are his social media handles?

Here's his Instagram handle and his Twitter handle. He just released his 2023 tour guide and comedy shows, you can check them out on his pinned posts.

What is Joe Gatto's education?

He attended Monsignor Farrell High School where he was a member of his high school's improvisation club.

Joe studied at LIU post, formally, the C.W. Post Campus of Long Island University, often referred to as C.W. Post (a private university in Brookville, New York) where he received a degree in accounting.

Gatto and his wife dropped $2.7 million on a 6-bedroom, 6-bathroom, 6,000 sq. ft. mansion in the city of Old Brookville in 2018. Nothing else is known as regards his real estate portfolio apart from this.

While Joe Gatto has honed his comedic skills and made millions by making others laugh, you don’t have to be a funny guy to become extraordinarily wealthy. But it’s a sure bet you’ll be laughing all the way to the bank when you build a 7-figure business you can one day sell for 8-figures.

Here at Capitalism.com, we’re on a mission to make one million millionaires by 2028. You can be part of them if you’re willing to put in the work and focus on serving your customers to make the world a better place.

The first step is finding the business that’s perfect for YOU. When you do, you can build a million-dollar brand you can one day sell for a huge payout. Invest your profits wisely, and they can create wealth that lasts for generations to come.

Watch this free video series to get your own million-dollar idea and start building today. 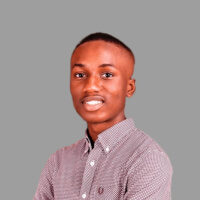