Today’s guest, Paul Moore, left a successful career at the Ford Motor Company to create financial independence through entrepreneurship. He successfully exited several businesses over the years and is now in the process of building a platform for multifamily property investing.

Paul is a co-founder of Wellings Capital and author of the book “The Perfect Investment: Create Enduring Wealth From Historic Shift In Multifamily Housing.”

In this episode, Paul talks about how difficult it is to find good investment opportunities in the current environment -- particularly when your objective is to preserve capital. He also talks about the surprising ‘big why’ behind his investment business, so tune in to hear what that is.

What are class B and class C properties?

Paul’s business, Wellings Capital, purchases class B and C properties to update them, brings on investors, updates the buildings to standard, increase rents and returns a profit for those investors. But what is a class B or Class C property?

Typically commercial sized apartment buildings from the ‘70s, ‘80s, and ‘90s in Paul’s case, they fall into two categories:

A class B property is typically outdated. Between 10-30 years old they (not always, but usually) have some level of functional obsolescence or that are in some way dated.

A class C property might have some additional things going against it. For example, it could be in a less desirable area. Or it could be very outdated or have some major deferred maintenance required on it.

How Paul got into the real estate business

After getting his engineering degree and MBA, Paul went to work at Ford headquarters for five years. He enjoyed his time there but wanted more.

He knew that he was built to be an entrepreneur and so set about creating a life of independence with a classmate and colleague. Together they started an HR outsourcing company.

Fast forward another five years and their Detroit-based business had sold to a publicly traded company.

With his new found freedom, Paul moved his young family out to Virginia and became involved in flipping houses, building homes, and rental properties.

Having caught the investment bug, he began experimenting. In 2010 he put some of his money into oil and gas in North Dakota. While visiting the area with his partner, they noticed there were limited places to stay, so they decided there was an opportunity to build a multifamily property.

The project did well, but Paul later realized the risks associated with the volatility of the oil and gas market.

After they had sold the asset, and following the oil and gas boom, the value took a nosedive. This combined with other experiences -- such as a Hyatt Hotel development that didn’t work out as he had hoped -- convinced Paul to avoid development in future, which led him to the current strategy of Wellings Capital.

In 2013 Paul and his partners came across 37th Parallel Properties out of Richmond Virginia. Rather than building a portfolio from the ground up, they decided to partner with 37th Parallel who mentored them into the business through their program, which is how they got started.

Wellings Capital as a group are extremely risk averse and so are as yet to find their first, perfect multiplex investment.

As has often been mentioned on the podcast, when investing in real estate, you must invest for cash flow and base your projections on the current market conditions and assume that they won’t improve.

Paul’s philosophy is to shoot for singles and doubles rather than swinging for the fences.

His group opts to invest in large and growing markets. They have a 24-point screen for markets and look for things such as:

They look to avoid:

Investing in large markets also gives them access to a choice of property managers, which is a key part of their formula.

What Wellings Capital looks for in an investment property

Paul looks for stabilized properties. He stays away from properties with less than 85-90% occupancy.

When they are underwriting a deal financially, the metrics that they’re looking for include:

Aside from forced appreciation, Paul is looking for appreciation of equity. This has two leverage factors. These two factors combined can allow properties to appreciate at a good rate.

The simplest of these is leveraging with debt:

If there is a 67% loan to value ratio, the equity is being leveraged at a 2:1 ratio.

The second is related to net operating income. For example:

Wellings Capital look for properties where they can raise rents to see a net operating income increase of 20% or more for a strong ROI.

The challenges in finding these deals

Given Paul’s strict criteria, it is a challenge to find suitable opportunities. This is due to a number of reasons:

One of the things that Paul and his partners at Wellings Capital are passionate about is stopping human trafficking.

If you take the record annual profits of GM, Nike, Starbucks, and Apple combine them and multiply that number by 2, that is the approximate revenue generated by human trafficking in the world. It’s a $150billion business.

They are working with organizations like Harvest Home, Exodus Cry, to provide funding to fight the human trafficking industry.

You can find Paul’s book, “The Perfect Investment” on Amazon.
You can also visit the Wellings Capital website.

MORE CAPITAL GAINS EPISODES ON CAPITALISM.COM:
• Take Control of Your Retirement Investments Before Another Bubble Bursts
• How Will Automation Impact Investors in the Future? A Deep Dive with Charles Hugh Smith
• Expert Who Sold $1 Billion in Real Estate Cautions Current Market Investors 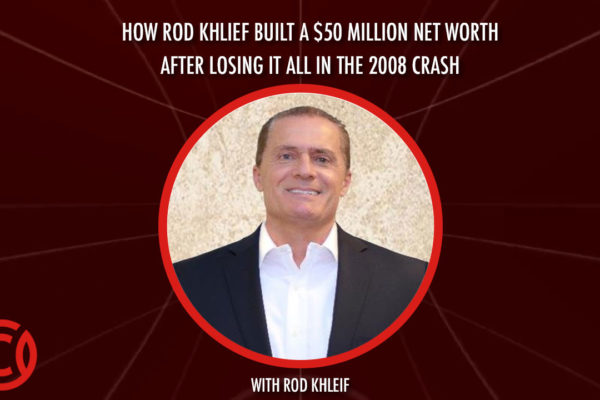