Do you want to hear from a pro at venture capital funding?

Charlie O'Donnell is the sole partner and founder at Brooklyn Bridge Ventures. His fund makes seed and pre-seed investments to startups and was the first venture firm located in Brooklyn, the place Charlie was born and raised.

Charlie’s got a particular interest in New York City startups and has gotten involved in the first round of funding for many companies to date, including Canary, Orchard Platform, Tinybop, Hungryroot, Clubhouse, Ringly, and goTenna.

On this episode Charlie chats about his approach to choosing startups he is interested in investing in, what he looks for, why he thinks a good team and a great idea carry equal weight, and what he’d like to see happen in the realm of angel investing in terms of diversification.

A great idea is not enough to get venture capital funding from this guy.

Charlie O’Donnell has seen a lot of great ideas in his experience as a venture capital investor, but he’s not enamored with good ideas alone. The best idea executed badly will lead to a bad investment every time.

Charlie works hard to spend time with potential founders and their teams to discern whether the founder and the team have what it takes to make the company they are starting successful. He doesn’t want to set them up for failure or hurt their chances of success by funding them if they aren’t ready.

You’ll hear Charlie chat about his approach to getting to know founders and their teams on this episode.

When Charlie begins talking with companies about possible funding from his company he only seriously considers companies that are based in New York.

Why would he limit his pool like that? It’s a strategic thing.

Being the sole partner he’s only got so much time and he wants to invest that time interacting with the founders he’s working alongside, setting them up for success through introductions he can make in his local network, and keeping the relationship fresh through regular interaction.

Besides that, New York is the 2nd largest venture capital environment in the world. There’s plenty of opportunities for Charlie to take advantage of.

Why does Charlie only take on companies that have raised at least $750K?

Charlie O’Donnell sees his role as a venture capital investor as one of a mentor and guide as much as it is that of investor.

He wants to come alongside young companies that have a great idea and great team in place, but aren’t so far down the fundraising tunnel that they’re going to have trouble making pivots or changes if needed.

Charlie helps those companies evaluate where they’re at and what they need to do to get to the next level long before they get up to their ears in funding so that they can be prepared when they finally get there.

If you have a New York based startup and need funding you may want to connect with Charlie O’Donnell.

Are you a founder who’s considering your options when it comes to raising venture capital? If you’re in New York City you should consider connecting with Charlie O’Donnell.

You can reach Charlie through his company website, www.BrooklynBridge.vc and start he conversation about whether he has interest in hearing more about your startup. Who knows, you might get some funding and a mentor out of the deal.

Outline Of This Great Episode: 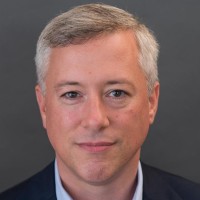