The way that consumers use social media is constantly evolving. Consequently, brands need to pay close attention to the latest digital trends in order to maximize their online marketing efforts.

Many digital marketing strategies that worked well a couple of years ago are no longer as effective. Regularly publishing written content, as an example, was once a very popular way to drive traffic to a website. However, in recent times, video has resulted in higher conversion rates when compared to other forms of marketing content. In fact, video marketing now accounts for 69% of all consumer traffic.

Ezra Firestone, who is speaking at the 2017 Capitalism Conference, is one example of an entrepreneur that used digital marketing to build a seven figure online business. He shared a little of his strategy for generating sales from social media on the Freedom Fast Lane podcast. Below we’ll take a look at some of his most effective tactics for driving website traffic and converting customers.

Firestone aims to have repeat sales contribute to half of his company’s total revenue. One of the ways he intends to hit that target is through the use of content marketing.

Brands that regularly share useful content are able to develop an intimate relationship with their customers. Content marketing can be used to stay connected with your audience without making them feel as though you are constantly trying to sell them something.

Firestone’s business creates articles and videos that are related to the interests of his audience. His customers appreciate the content and share it with their friends. This in turns exposes his brand to ever growing list of people that he can later sell to.

Firestone sees Facebook Messenger as Email 2.0. As such, he uses the platform to send out broadcasts for sales promotions and new product announcements.

He built his Facebook list primarily from asking his existing audience to send a message to the brand’s Facebook inbox. In exchange, those who sent a message received a coupon that they could use at the company’s store.

Thus far, Firestone’s Facebook Messenger strategy seems to be working. His Facebook broadcasts are currently realizing open rates as high as 90%. This rate is significantly higher than what his email campaigns see. He believes that this could be due to the fact that Messenger is a lot more intimate than email. As of now, Facebook is his 12th largest source of revenue for his business. Firestone estimates that it will be in his top 5 revenue contributors by the end of the year.

Firestone communicates with his audience via multiple channels. He sends announcements to his email list, and then subsequently posts the same announcements on his social media accounts. Oftentimes, Firestone replicates his email campaigns and broadcasts them through Facebook messenger.

He does this because he understands that everyday he’s competing with several other brands who are also trying to get attention from consumers. Promoting a single announcement across multiple platforms can serve as a reminded for customers who genuinely forgot about that announcement or got caught up with something shortly after hearing about it for the first time.

Brands that primarily sell to women can benefit from a presence on Pinterest. The social network is essentially an image and video sharing website. It’s predominantly used for gift, home decor, holiday and fashion ideas.

Although Firestone admits that traffic from Pinterest can be limited, he still sees value in advertising on their network. The company is still refining their advertising service as they currently aren’t able to segment their users as well as other platforms. As a result, the cost-per-click for Pinterest ads tends to be lower than other more established PPC networks. Firestone sees this as an opportunity to inexpensively expose his products to a wider audience.

In the past, Firestone used profitability as a metric to determine whether an advertising campaign worked or not. Looking in retrospect, he believes that line of thought was a mistake. He is now actually willing to forgo a direct return on investment on some of his advertising efforts. This switch in thinking grew his revenue from $7 million to $22 million.

According to Firestone, some of the most successful brands have only one or two profitable marketing channels. Their other marketing channels either break even or realize a loss. He explained that the profitable channels are able to fund the ones that aren’t. His Facebook and email marketing realize a positive return, while his ads on Pinterest don’t.

In other words, Firestone is acquiring some of customers at a loss on a few platforms. This strategy allows him to build a much larger customer database that he can later send sales promotions to overtime. Rather than looking at his unprofitable ad campaigns as unsuccessful, Firestone sees them as an investment in a customer database.

--> Learn about Ezra Firestone's success in our entrepreneur community The Tribe. 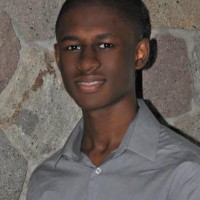