Travis Shares, "I Followed The 12 Months To $1M Plan And Sold My Company" Hey, honey… How about we build a brand that serves people who suffer from dry eyes, get it up to a $6 million run rate, then sell it in four years to Johnson & Johnson? You in?

If you’re thinking that sounds exactly like the conversation a couple of optometrists might have after reading 12 Months to $1 Million, you’d be pretty close.

Oh, and it wasn’t Johnson & Johnson that acquired their brand.

But otherwise, right on the money.

In this episode, Ryan and Travis take a look at what got the Ziglers from zero to a life-changing exit. Travis reveals the three areas they focused on and got really good at doing. (One of them, Ryan warned them would probably not work… but it did!) He also tells the tale of how his first product satisfied a pressing need for his customers and sold like crazy right out of the gate, becoming his best selling product ever.

Oh, but then there was the time Travis and Jenna nearly killed their business and started wondering if selling it for pennies on the dollar would be the way to go. You’ll have to listen to find out the huge misstep they took - and corrected - that would have made this exit impossible.

If you’ve ever watched the interview of an athlete moments after a major win, or if you want to learn from someone else’s mistakes and brilliant ideas, this is the episode for you. 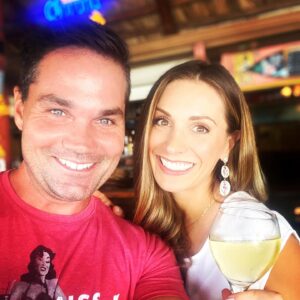