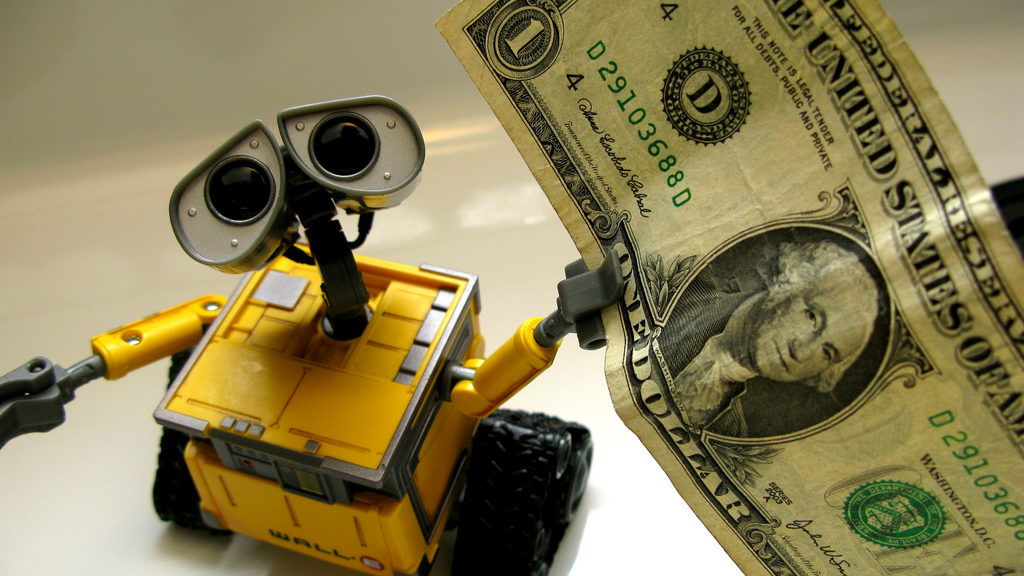 Last week, Bill Gates proposed taxing robots as a way to make up for lost government revenue as workers lose jobs to automation.

“Right now, the human worker who does, say, $50,000 worth of work in a factory, that income is taxed and you get income tax, social security tax, all those things," he told Quartz. "If a robot comes in to do the same thing, you’d think that we’d tax the robot at a similar level.

“If you can take the labor that used to do the thing automation replaces, and financially and training-wise and fulfillment-wise have that person go off and do these other things, then you’re net ahead. But you can’t just give up that income tax, because that’s part of how you’ve been funding that level of human workers.”

Of course, many people immediately seized on the fact that the development of computers, driven by Gates’ Microsoft Corp., destroyed all kinds of jobs.

They certainly haven’t been good for typewriter manufacturers.

In fact, computers drive automation, so why not tax computers along with robots? Somehow I don’t think you’ll hear Gates float that idea any time soon.

And if the government had levied huge taxes on computers, it would certainly have impeded, and possibly even derailed, their development. Heck, had Gates’ tax idea been applied to Microsoft, we may not even know who he is today.

But beyond that fact that Gates’ comments on robots paying taxes seems pretty hypocritical - and, well, dumb - they tap into a widely believed economic fallacy that the advancement of technology is necessarily a net loss to employment and should therefore be viewed with trepidation, and perhaps even slowed. Or at least taxed.

As a Telegraph story on Gates’ comments points out, “Economists and robotics experts say technology is now replacing jobs at an accelerating rate, and that many workers will have to retrain or be left unemployed.”

This is true. But it isn’t anything new. The development of the backhoe destroyed thousands of ditch digging jobs. The development of power saws eliminated jobs in the timber industry. The Internet is killing newspapers. Digital streaming turned Blockbuster into a dinosaur.

Robots are nothing but tools. Sure, they are a lot fancier than a shovel, but they serve the exact same purpose. They are labor-saving devices that make humans more productive.

If you take Gates’ suggestion and follow it back to its logical conclusion, we should tax everything down to the hammer. Obviously, if we did everything by hand, it would employ a lot more people. But do you really want to live in that kind of world?

Advances in technology don’t destroy jobs. They merely shift them into new processes and applications. For every job destroyed, new opportunities are created.

RELATED: Why Universal Basic Income Is A Ridiculous Idea

That’s not to say technological advances won’t come without growing pains. Some people will be displaced. Jobs will be lost.

Ultimately it’s up to each of us to prepare for the future.

MORE ON CAPITALISM.COM:
• 5 Reasons Automation Should Be Embraced and 1 Reason to Be Scared
• ​Automated America: The Irrational Fear of Robotics
• Automation Won’t Take Your Job If You Take Responsibility For Your Destiny