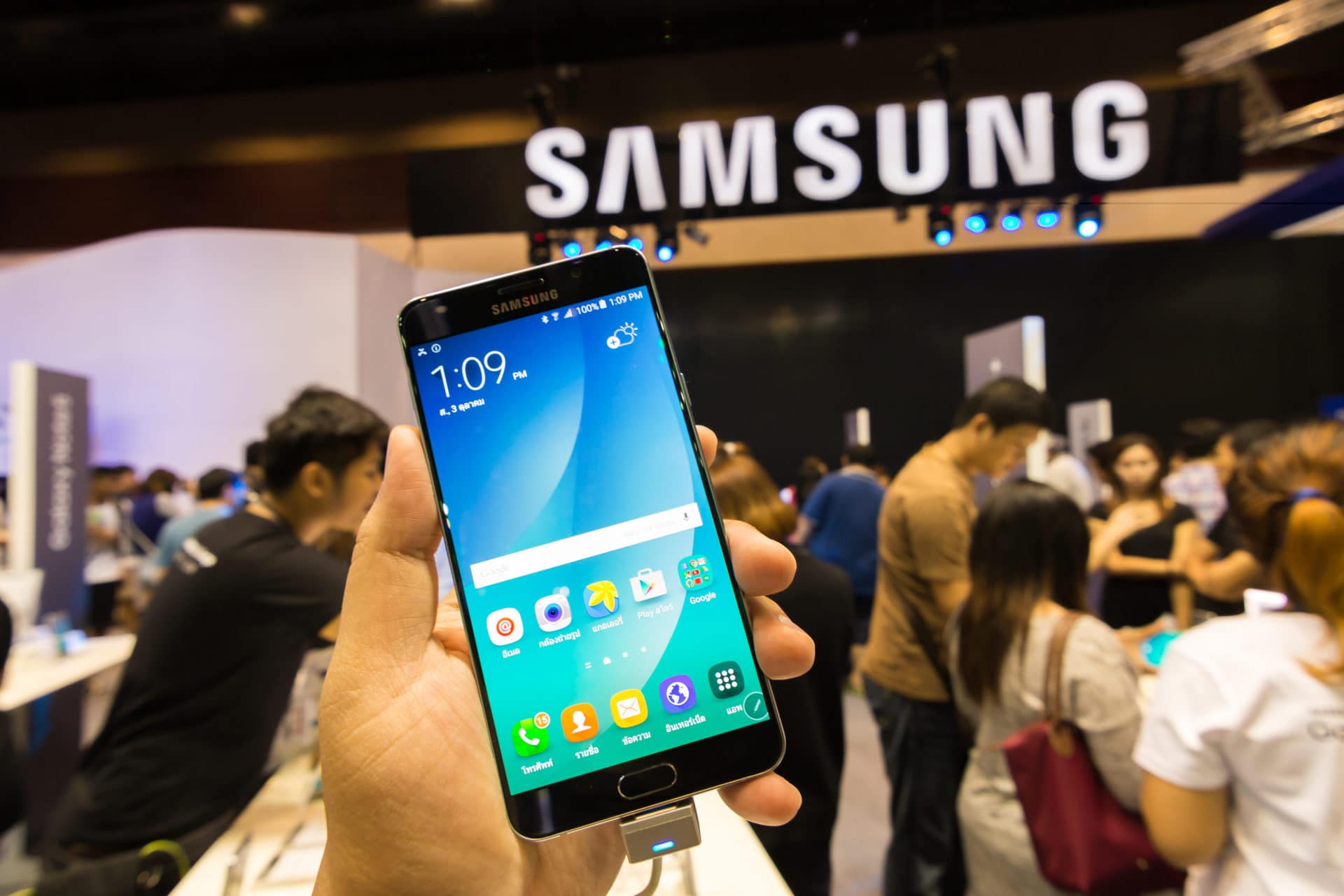 If building a seven-figure brand feels like a huge stretch to you, we'd like to propose a little thought experiment. It'll help you develop a bigger perspective on what's possible.

What if you were to think about your new business as an eight- or even nine-figure business? What impact would you have? How would it change your life and the world? Finally, if you knew you were building a business that would one day be worth so much, what would you do starting now?

Samsung Group rose to the top in the global market for consumer electronics. Beyond that, Samsung is also succeeding in other markets you may not know they're in. That includes home appliances, computer chips, and even shipbuilding!

Founded by Lee Byung-chu in 1938l, he and his successors contributed to the success of one of the greatest corporations known today. While Samsung is certainly impressive, it wasn't always that way. Samsung underwent humble beginnings and many struggles. Learn how Samsung went from selling seafood and noodles to becoming a household name.

The Samsung Group History You Didn't Know About

Samsung was only a humble trading store. But Byung-chul envisioned Samsung could transform into a powerful company. Unfortunately, the Korean War outbreak disrupted this dream.

The war beyond North and South Korea ranged from 1950 to 1953. Consequently, Byung-chul had to abandon his business. Samsung suffered looting from both sides. Soldiers and politicians alike took what they wanted and depleted Byung-chul's inventory.

Lee lost everything. Therefore, he had to build his company from the ground up again.

However, the Korean War did not crush his entrepreneurial spirit. Determined to make his vision a reality, Byung-chul pulled himself up and started over.

After the Korean War, the demand for commodities increased. Byung-chul expanded his business into the textile industry. In 1970, the manufacturing process evolved into a full line production. As a result, Byung-chul's company could process raw materials and transform them into a finished product.

Byung-chul resolved to position Samsung as a leader in whichever industry it entered. This was just one step that would help Samsung innovate and join the global competition.

A Shift to Electronics

Samsung expanded rapidly into many electronics-focused sectors, including:

With so many divisions, Byung-chul decided it was time to do a little restructuring. In short, many of the electronics-related divisions consolidated into a single entity. That company is Samsung Electronics Co., Ltd. Through Samsung's electronics division, Samsung began manufacturing televisions and electronic components.

By the end of the 1960s, Samsung generated more than $100 million in annual revenues.

But, Lee realized that U.S. and European manufacturers dominated the electronics industry. Regardless, Lee was confident he could secure a foothold as a global contender by innovating.

Alongside their electronics division, Samsung also invested in shipbuilding and aircraft engines. Subsequently, Samsung Heavy Industries became one of the largest shipbuilders in the world.

Under Samsung Electronics, Samsung kicked into high gear with their technology products.

Support From the Korean Government

Samsung's success thus far isn't owed entirely to Byung-chul's leadership. (Mostly, but not all). Samsung grew as rapidly as it did, partly due to government help. In short, Samsung enjoyed benefits granted by policies under a new presidential administration.

Before the Korean War, Korea's citizens struggled under a dictatorship. The Syngman Rhee administration was privy to corruption and favoritism. When military leader Park Chung-hee emerged as the ruling party, things changed for their economy.

Samsung was on the list to receive government assistance.

Several countries were not allowed to sell their electronic products in South Korea. This policy reduced competition for Samsung. Samsung proliferated and innovated, partly thanks to this policy.

It was no doubt in Byung-chul's mind that technology and electronics were the future. Byung-chul intended for Samsung to be a primary contender.

In 1978, Byung-chul formed the Samsung Semiconductor and Telecommunications Co. Certainly, this set the stage for Samsung to become a leading provider of semiconductor chips.

Still, Byung-chul realized that their technology still lagged behind other international companies. As a result, the South Korean government allowed foreign investment in the Korean market. In exchange, these companies would share their technology.

For Samsung, they learned what they needed about advanced semiconductor technology. Samsung also absorbed technology from Micron Technology, Inc. in the United States. They also learned from Sharp Corporation in Japan in 1983. Finally, Samsung could begin manufacturing memory chips.

Lee Byung-chul Hands Over the Reigns

Lee Byung-chul died in 1987. Subsequently, his youngest son Kun-hee took over and helped Samsung transform into a full-scale conglomerate.

Like his father, Kun-hee recognized the importance of the electronics division. He decided to make some internal improvements, such as consolidating and divesting divisions. As a result, Kun-hee introduced various initiatives to innovate products and increase employee retention.

Samsung achieved many victories in the 1990s:

Samsung experienced wild success, and many credit Kun-Hee for this victory.

In 1996, DRAMA chip prices took a nosedive due to oversupply. Samsung's semiconductor-related sales were down nearly 32%.

To compensate, Samsung had to lay off employees: 26% of domestic workers and 33% of international workers. Subsequently, this led to lower production.

Samsung realized that they needed to do something more.

In 1997, Yun Jong-yong became Samsung CEO. Jong-yong executed a strategy to turn things around for Samsung. This strategy revolved around creating internal systems to increase efficiency.

Jong-yong also realized Samsung needed to reduce its dependence on memory chips. If they wanted to avoid another devastating revenue loss, they needed to diversify and innovate.

In 1998, Samsung developed a flat-screen television. Then, in 1999, Samsung Electronics was the first company to mass-produce a complete product line of digital televisions.

In 1999, memory chips comprised only 20% of Samsung's sales. After selling off dozens of its divisions, Samsung lowered their long-term debt by $10.8 billion. Sales increased to $22 billion (up 24%), and Samsung raked in a $2.4 billion profit. Samsung's stock price more than doubled up to $277 per share.

Samsung also partnered with Yahoo! to sell their products on the network. They also worked with Microsoft to produce a cell phone line.

Here is the breakdown of sales between Samsung's divisions:

During the Korean economic crash, Samsung was heavily reliant on memory chip sales. This was one reason why Samsung suffered significantly. By diversifying its product line and producing new electronics, Samsung was able to reduce its dependency.

Forbes recognized Samsung as a world leader in consumer goods and services. In January 2020, Jong-yong landed on Fortune as Asia's Businessman of the Year.

Many praised Jong-yong for leading Samsung through the Asian crisis. Samsung emerged much stronger thanks to Jong-yong's directive.

Samsung in the 21st Century

The company made significant progress in 2000 and beyond.

Throughout the mid-2000s, Samsung became a significant competitor in the market for all things in electronics. Samsung sold televisions, audio systems, and home appliances. In fact, Samsung could go toe-to-toe with popular brands, including Panasonic and Sony.

In 2001, Samsung made strides in the phone market. Samsung worked on the SPH-1300. This was an early Palm OS-based smartphone that used Sprint's mobile phone network. In 2005, Samsung developed the first speech-recognition phone. Users could speak, and the phone would convert the words into text.

Finally, in 2009, Samsung released what many of us are familiar with today: The Samsung GT-I7500 Galaxy. This was Samsung's first cellular device powered by Android.

In 2011 and 2012, Samsung then released the Galaxy S II and Galaxy S III. If releasing these popular consumer products wasn't enough, Samsung also had to one-up their competitors. In 2012, Samsung became the world's largest maker of mobile phones.

In fact, Samsung played with so many ideas that they had the most US patents approved ever.

Throughout the past years, Samsung continued reporting strong numbers. Samsung's revenue has not dipped below $69 billion since 2005. And in 2017, Samsung reported the highest revenue they earned: $222 billion. In 2018, Samsung reported a $39 billion net profit.

Samsung is facing some struggles due to the coronavirus pandemic. Samsung's shipments drastically fell. The company shipped 75.5 million units in Q2 2019. In the same quarter of 2020, that unit fell to 54.2 million units.

However, the Samsung Group stock for its electronic division is still doing well. It has risen 50% to "levels around $1,850 per share" over 2020, according to Forbes. The "stay-at-home economy" increased the demand for memory products for PC and mobile devices.

Samsung Electronics Co. heir Jay Y. Lee is currently in prison for bribery charges. He was first jailed in 2017 when his corruption scandal with former South Korean President Park Geun-hye came to light. Lee served only one year in prison and went home in February 2018. The Supreme Court ordered a retrial in 2019.

The illegal events revolved around bribery and Lee's formal succession at Samsung. Lee attempted to bribe the former president in exchange for his support.

The type of bribery isn't what you might think. Lee was convicted for offering money and horses for the former president's support. Samsung Electronics' share price fell 3.4% after Lee's sentencing, according to Bloomberg.

Lee expressed regret over his actions when he read a public apology in court.

"Samsung has been running without looking back, but I missed something vital. It became Korea's leading company, the importance of its social role, responsibility, and public trust was overlooked. Now Samsung will be different. I'll be the first to change... No matter what happens, I will never do anything to pursue my personal interests. I will raise the value of the company and focus on social contributions, fix what the court has pointed out as the harms of chaebol," he said.

While Lee may manage the company behind bars, the company faces unique challenges. Most prominently, there is a vacuum in leadership at Samsung. Moreover, Samsung needs to navigate through the COVID-19 pandemic carefully.

Samsung is a major company in South Korea. We wonder how this might affect public opinion in Samsung's home base.

Who is the owner of the Samsung company?

Who are Samsung's competitors?

Since Samsung operates across many industries, the competitors will vary. Major competitors include Apple, Huawei, Xiaomi, Oppo, LG, Sony, Intel, Panasonic, and Electrolux.

Apple is a significant competitor. But it still lags behind the Samsung mobile brand in global revenues. Samsung controls 20-30% of the worldwide market. Apple holds only 15%

Does Samsung own JBL?

Does Google Own Samsung?

No, Google does not own Samsung, but they are partners. Samsung Electronics is still under the parent company, Samsung Group.

What does the Samsung company do?

Samsung is primarily known for its Galaxy line of smartphones. It's also a popular brand in other product categories, manufacturing televisions, home appliances, and even ships. In the late 20th century, Samsung was a major supplier of low-cost DRAM chips.

Samsung has sold so many consumer products you likely didn't know about. From fish and textiles to some of the best smartphones on the market, Samsung continues to impress.

Samsung's early offerings expanded into many industries. You might say they were experimenting with different products and testing which would be most profitable. Finally, Samsung's leaders realized that technology and electronics were the future.

Samsung did some careful maneuvering and made thoughtful decisions. These actions help the company manufacture superior products and become a household name.

Just as entrepreneurs can learn a lot from studying successful business people who came before us, there's value in studying the history of big brands. What lessons can you take away from this consumer product powerhouse to help you build your own brand? 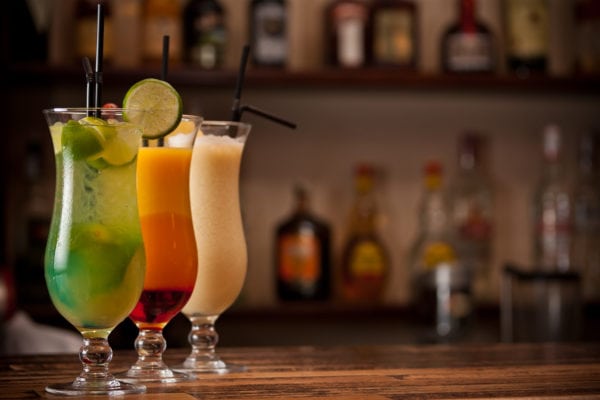