He's an American self-made entrepreneur. He is best known for cofounding America Online (AOL), and is now focused on revolutionizing various service industries through tech integration and entrepreneur philanthropy. So it's no wonder people would Google "Steve Case net worth."

Case is the chairman and CEO of Revolution LLC, an investment firm, which has OrderUp, Sweetgreen, Draft Kings, Revolution Foods, Optoro and dozens of other companies in its portfolio. Case and his wife Jean also head the philanthropic Case Foundation, which fosters entrepreneurship in the US.

Steve Case Net Worth: Estimated to be $1.5 billion

Steve Case has always had a passion for entrepreneurship.

In 1980 Case graduated from Williams College and went into marketing for companies like Pizza Hut, Inc. and Control Video Corporation. Then in 1985 Case co-founded Quantum Computer Services, which he later renamed America Online (AOL). In 2001 AOL merged with Time Warner in a $164 billion dollar deal.

A change of direction for Steve.

The merger was controversial however, and four years later Case resigned from the Time-Warner board of directors to focus on Revolution LLC, an investment firm that has over 50 companies in its portfolio. Some early investments included: HelloWallet, Zipcar, Living Social, and Exclusive Resorts. In 2011 Zipcar was valued at over $1 billion and was acquired by Avis Budget Group in 2013.

In 2011, Case and his partners started the $450 million dollar Revolution Growth fund.

Some of the fund’s heavy hitters include: CustomInk, Echo360, Lolly Wolly Doodle, Revolution Foods, Sweetgreen, DraftKings and Sportradar. Two years later he launched the Revolution Ventures fund which has invested in OrderUp, BenchPrep, PolicyGenius, Booker, Busbud and RunKeeper. Steve Case also controls thousands of acres of land in Hawaii, and has a controlling interest in Grove Farm and Maui Land & Pineapple Company.

How 10 Years of Early Social Media "Evangelism" Revolutionized the World

Steve Case was born and raised in Honolulu, Hawaii where he graduated from Punahou School in 1976. Investments in entrepreneurship, service driven industries and interactive tech integration has created an impressive portfolio for Case. During the early years of AOL, he campaigned for the development of more interactive titles and games, including the first Dungeons & Dragons title Neverwinter Nights, and the earliest online interactive fiction series, QuantumLink Serial by Tracy Reed (1988).

A case for strategy

In an interview with Startups.com, Case reveal that the key to AOL’s success was that it did not compete with much larger (better funded) tech companies like Microsoft. Instead he chose to focus on a small niche of online applications and games that created and supported a burgeoning online community.

In 1980 Case found inspiration in a book called The Third Wave by Alvin Toffler. It predicted a third wave of human innovation he called the “digital revolution.”  Toffler’s vision made a huge impact on Case. After reading it, he exclusively pursued businesses and opportunities in interactive platforms for online communities after graduation.

A case for service

When AOL was created, support for online communities and communication were two of its driving principles. He also wanted to make these services affordable with a monthly fee for unlimited use of basic services. Meanwhile, competitors like Prodigy and CompuServ focused on online shopping and charged internet access by the minute.

Without a doubt, AOL was a social media pioneer as most of its features were focused on bringing people together online. It did so through platforms like instant messenger, chatrooms and forums.

A case for vision

Today, the idea that people would want to talk, work and play online seems obvious. However, in the late 1980s Case’s company had very little support and investors were hard to come by. From 1985 to 1992, AOL had only 200,000 subscribers and $30 million in revenue. That's a drop in the bucket compared to Microsoft, Prodigy, and AT&T.

Case credits the eventual success of AOL to a dogged dedication to improving and expanding the platforms and systems that his subscribers enjoyed, and a strong belief in the AOL vision. In an interview with Startups.com, Case recalls that it took nearly 10 years of advocacy to convince investors and colleagues in the tech industry that there was money to be made from social media.

A case for community

“In fact, we launched our first service in the fall of 1985. The core of it was community, what we now think of as social media. It was things like chat rooms, people connection. Things like instant messaging that then became AIM and led to texting and other kinds of things. We just knew that the killer app of this new medium would be people. I think that's important for entrepreneurs. I think entrepreneurs who are really trying to change the world need to have a big idea. Big ideas, maybe you get lucky, but most of the time you don't. It takes a while. Unless you're really passionate about it, you probably won't persevere.” (Startups.com)

Steve's persistence paid off, and in 2002, AOL had over 25 million subscribers.

Steve Case served as AOL's CEO until 2003. Next, he decided to pursue philanthropic endeavors and entrepreneur investment opportunities with his company Revolution LLC. Case is a chairman for the Case Foundation with his wife Jean, and is also a chairman for the Startup America Partnership. Over the years, Case has become an influential figure and advocate for startup growth and investment in the United States. In 2009 he was inducted into the Junior Achievement U.S. Business Hall of Fame. Two years later, he was designated as a Citizen Regent of the Smithsonian Institution.

Citizens of the Year

In 2011, Steve and Jean Case, were recognized as “Citizens of the Year” by the National Conference on Citizenship and were interviewed by The New York Times for their philanthropic activities. In recent years, Steve Case has become an outspoken advocate for creating immigrant friendly entrepreneurial policies that will affect the future of the engineering and tech industries in the US.

Case believes that allowing foreign students to stay in America after they graduate will be the key to ensuring the US is a leader in the engineering, tech and business fields. He argues that current H-1B visa program restrictions make it difficult for tech companies to hire the best talent. In addition, he supports the implementation of a Startup Visa program. It invites immigrant entrepreneurs to the United States to launch their businesses.

This man is one of America’s most influential and profitable self-made billionaires. Steve Case, net worth of $1.5 billion and climbing, has massive success from investing in revolutionary businesses that enable community interactions, social sharing and optimizes basic services. As the internet was discovering itself, Case was inspired to use AOL to create powerful online communities. He envisioned them as rooted in entertaining and affordable experiences. This despite reluctance from investors to put money into early social media platforms.

Today, social media companies make up a significant portion of the tech and business industries as investors recognize the massive profit margins available. That is to say, if they can find the right social app or online game that will capture the hearts and minds of consumers. Steve Case’s massive success proves that startups in competitive industries can disrupt their markets. Furthermore, they can make billions with a clear vision, a high commitment to products and customers, and a fearless pursuit of revolutionary ideas.

As with Steve Case, net worth grows when entrepreneurs take ownership of a problem, create a solution, and serve people. That's what drives the community within The One Percent. If you want to take charge of your financial future, learn how to invest, and build lasting friendships with people who get you, this might be just what you've been looking for all this time.

How Gary Vaynerchuk Built His Fortune

Mark Cuban’s Net Worth and How He Became a Billionaire 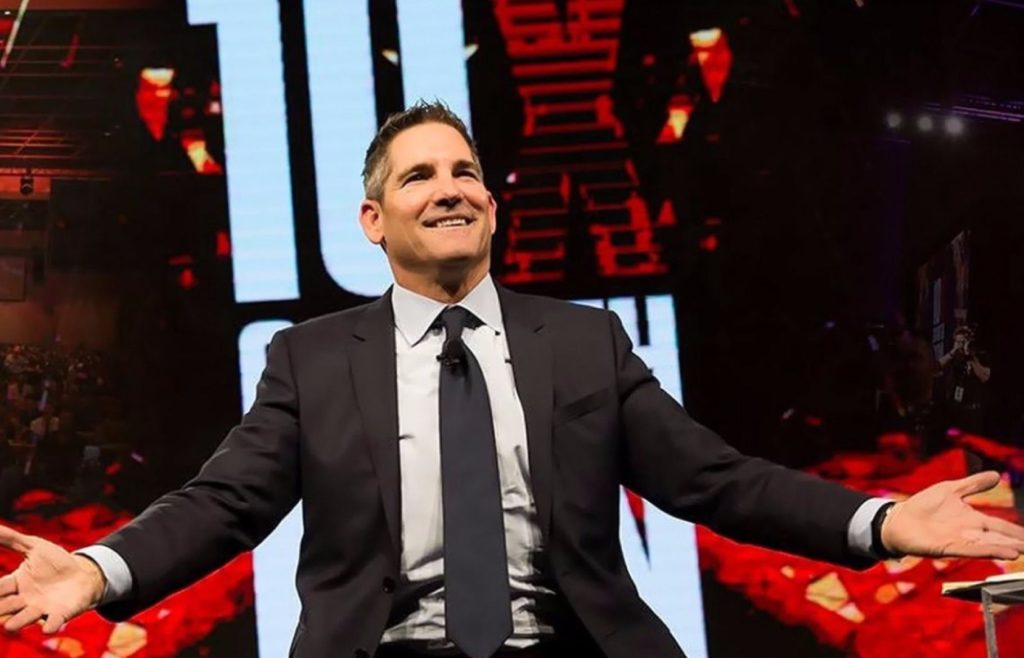