In this episode of #FFLTV we'll look at young entrepreneurship. We'll Facebook questions. We'll look at how to find your passion. And we'll look at a six-figure business that sells physical products to people who meditate.

Today we're going to look at building businesses when you're not old enough to drink.

I started my first business when I was 18 years old on my parents' dial-up computer, in our living room. Hand-coding a website, learning HTML on the fly.

I constantly hear from people that business is getting harder, that things are changing. Yeah, no, s*** Sherlock. Bl

So, business is always going to change. But I believe it is getting easier and easier, especially for young people.

I have a pretty decent following of people who are under 21. And I get asked the question a lot about, what would you do differently if you were young? Or, how would you start a business today if you were not even old enough to drink?

And I say young people today have it easier than any other generation. Not just like, let's demonize millennials. I mean you have it easier in terms of starting a business.

The opportunities to be an entrepreneur if you're a young person are wide open. And I believe, 30 years from now, we probably won't have 9-5 jobs.

They're a dinosaur. They're going away.

They're either going to all be remote, or the structure of jobs is just going to change. Because mostly everybody will be an entrepreneur.

Not an entrepreneur in, like, building businesses. But everybody is on their own. We already see this already happening.

We see people who are traditional employees, who are leaving their jobs and taking their old employers on as clients. Because that is a more even value exchange, right?

The person who is providing the value is deciding how much they're going to charge. And the employer, the person who manages the capital and the sales, determines if it's worth it or not. And it's easy to end the relationship if they decide to.

And that is becoming more and more the norm. I think, in 30 years, that will pretty much be the structure of most employment. And we won't have traditional 9-5's.

But there are people today who make six- and seven- figure incomes playing video games. Why?

We are living in a golden era in which you can have an audience regardless of what you want to talk about.

That is the beauty of today, because literally anyone can do it. So it doesn't matter if you are 18, 14, or 44. Business has been completely disrupted, in terms of what it takes in order to get started.

I did a podcast recently with a father/son duo, the McGraw family. And they started a business. The father put up the capital. The son did a lot of the work.

They ended up selling 100,000 units of a product and counting. That 15-year-old son now manages a million dollar a year business.

Why? Because whether you're 15, or you're 19, or you're 90, business is the same. Literally everyone has access to the same tools.

When I started my business, I didn't even have platforms to build websites. I was hand-coding them. We have an abundance of them now.

We have the ability to have audiences and to sell things to those audiences, which is how I believe every business should launch.

None of that existed in 2006 when I was 18 years old, hand-coding this from my parents' dial-up computer. And all of that is accessible now.

Young people today have more opportunity than has ever existed before. And this whole narrative about there not being opportunities, or opportunities going away, is mislead and misguided.

There are more opportunities than ever before. They're just changing. And they will continue to always change.

We shouldn't resist that, we should embrace that. How to Take the Next Step After Doubling Business Sales Why We Must Keep Seeking Out Great Opportunities, Regardless of an Economic Bubble | #FFLTV Ep 17 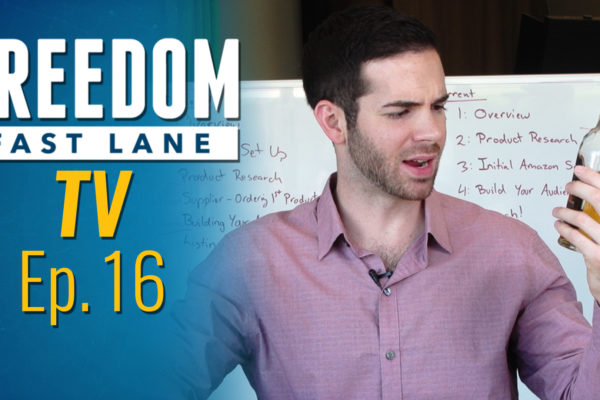