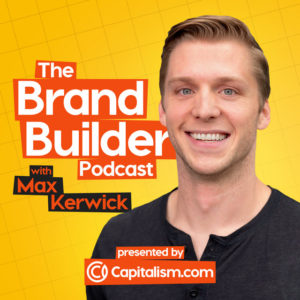 Today, Jeff Lieber of Turnkey Management interviews Kevin Liang, the 26 year old Founder and CEO of ADI Ventures, the company behind EcoQube and EcoQube Air as well as the CEO of AspeneowBox.

EcoQube is a self contained aquaponics aquarium system which built a 125k person email list off of 2 kickstarter campaigns that both wildly outperformed (37 times higher!) their minimal goal.

If you ever thought it would be nice to leverage product launches to grow your audience, Kevin is the man to listen to for tips and trick.

Having an amazing idea isn’t enough.

You need to give that amazing idea form. You need to share it with the world.

But the list of things to check off can feel overwhelming. You need funding. An audience. A business strategy.

And he did it without even securing the inventory first. He started with growing a community.

Here are six tips Kevin Liang shares on how to build an audience you can launch your product to.

Hone in on your customer pain points

When he was younger, Kevin Liang worked in an aquarium. The beautiful aquatic displays captivated customers but few wanted them in their homes.

Because it was too complicated to set up. You had to consider the tank, the filter, and a carbon dioxide injection system (and more!).

Kevin started wracking his brain. How can I simplify this process?

His solution to this problem: EcoQube, an aquarium that had all those pieces built in.

But remember: having an idea isn’t enough. You need to create it.

How to fund your campaign without selling a thing.

Crowdsourcing is about taking your idea to the people. If it’s an amazing idea, people will invest in your idea and contribute money to your campaign.

His goal: Raise $39,000 40 days later, he raised $80,000. He used this capital to manufacturer his product and rent a warehouse to store inventory.

You need people to launch your product to.

If you don’t already have an audience, it will be difficult to sell your product.

That means building your email list. Use email to promote your product and drive traffic to your sales funnels.

Kevin built his email list to 2,500 people before launching EcoQube. And If you don’t have an email list, start with your personal contacts.

Kevin jokes that if your personal contacts don’t support you, you’ll struggle with driving cold traffic to your Kickstarter.

Kevin slowly grew his team from five people to 13 people.

To find people who meet his standards, he follows a deliberate hiring process:

Kevin is all about efficiency. Instead of interviewing 150+ people, he reduced the pool to five qualified applicants.

How to be a super-connector (even if you’re introverted)

Kevin Liang has cultivated a massive network by age 26.

But Kevin’s a social butterfly. How can introverted wallflowers approach networking?

Here’s what Kevin has to say:

We think networking is about shaking hands with everybody. Jumping in on multiple conversations. Handing out your business card like flyers.

But it doesn’t have to be that way. Find just one person to connect with. Dive into meaningful conversation and exchange email addresses.

After parting ways, check in over time. Kevin loves sharing a podcast episode or an article that reminds him of that person.

Building strong relationships is about contributing value, even if it’s a simple email.

Know when you need help

Are you trying to build a business but you’re not seeing the results you want? Let us help you.

We created a predictable step-by-step business model that will help you achieve 7-figures.

Kevin Liang knew how to build an audience to grow a successful business. It’s your turn.

Want help on Amazon? TurnKey Product Management sells over 8-figures on Amazon per year by quickly scaling brands on Amazon to grow into a profitable 7 to 8 figure sellable business faster than you could on your own by identifying & providing the missing proven strategies your business needs to accelerate sales and free up your time to do what you love!

For free resources and trainings that can boost your business on Amazon, go to: TurnKeyProductManagement.com/resource

Schedule a breakthrough session with TurnKey to scale your brand to the next level here:  http://www.TurnKeyProductManagement.com/talk The Product Development Philosophy of the World's Largest Brands

Doing It Right with Your Second Brand Building a Highly Profitable Brand Around Your Passion Area