While some lament the advent of new technology and automation, fearing it will “destroy jobs,” it is actually opening the door for more innovation.

Technology frees humans from having to do mundane repetitive work, allowing them to focus on more creative and valuable tasks.

When we talk about technology replacing manual labor in the workplace, we tend to focus on things like robots in manufacturing settings. Or maybe automated kiosks in restaurants and other retail businesses. But technology is also altering the way jobs are performed in white collar industries such as law and banking.

Over the summer, JPMorgan Chase began using a software system that can review and interpret complex loan documents in seconds. According to a report in Bloomberg, Contract Intelligence (COIN) will replace 360,000 hours of work that was previously done each year by lawyers and loan officers.

COIN not only processes documents in seconds that took humans hours to review, it does it more accurately.

According to the program’s designers, COIN has cut down on loan-servicing errors. Most of the mistakes stemmed from human error in interpreting 12,000 new wholesale contracts per year.

The system works by identifying patterns and relationships within sets of data. Bank officials say they hope to utilize the technology for other types of complex filings such as credit default swaps and custody agreements.

They say it may even be possible to use it to interpret government regulations and analyze corporate communications.

COIN represents just one aspect of JPMorgan Chase’s $9.6 billion technology budget. The company has set up technology hubs for teams specializing in data, robotics and cloud infrastructure, according to Bloomberg.

“After visiting companies including Apple Inc. and Facebook Inc. three years ago to understand how their developers worked, the bank set out to create its own computing cloud called Gaia that went online last year. Machine learning and big-data efforts now reside on the private platform, which effectively has limitless capacity to support their thirst for processing power. The system already is helping the bank automate some coding activities and making its 20,000 developers more productive, saving money.”

JPMorgan Chase is also working on projects based on new technologies such as blockchain - the decentralized distributed database that underlies Bitcoin. Blockchain technology can be utilized in a wide variety of settings, including records management, identity management, transaction processing and proving the reliability of data sets.

JPMorgan Chase is taking a very entrepreneurial approach to technology development. Finance chief Marianne Lake told a conference audience last summer that the company is willing to take risks and pursue initiatives that may not pan out.

“We’re willing to invest to stay ahead of the curve, even if in the final analysis some of that money will go to product or a service that wasn’t needed, because we can’t wait to know what the outcome, the endgame, really looks like, because the environment is moving so fast,” she said.

One might expect all of this talk about technology would have people worried about their jobs.

And of course, some people are. But many are enthusiastic about the possibilities. They recognize that there will always be work to do.

Utilizing technology to do mundane tasks that humans actually don’t do all that well - like analyzing mind-numbing legal documents - frees people to do other more valuable tasks.

Last year, the recruiting firm Options Group surveyed 3,200 traders, salespeople and other finance professionals, and found the majority believe technological advances will improve their careers, not replace them. This was especially true of younger workers. According to Bloomberg, many cited the fact that technology helps improve workplace performance.

“Anything where you have back-office operations and humans kind of moving information from point A to point B that’s not automated is ripe for that,” JPMorgan Chief Information Officer Dana Deasy said. “People always talk about this stuff as displacement. I talk about it as freeing people to work on higher-value things, which is why it’s such a terrific opportunity for the firm.”

Deasy hits the nail on the head and her observation bears repeating - technology frees people to work on higher-value things.

We can bemoan technology as a job killer or we can embrace it for what it is - the path to higher productivity, increasing wealth and better standards of living. Of course, technology will cause some displacement in the workforce. It always has.

It’s the major reason why more than half the labor force worked in agriculture 100 years ago and less than 3 percent does today.

But people can and must adjust. Whether they do or not, technology isn’t going to go away.

MORE ARTICLES ON AUTOMATION:
• Should Robots Pay Taxes?
• The Buzz of Capitalism: Creating Robotic Bees to Solve A Big Problem
• Misguided Government Intervention, Not Automation, Is the Biggest Threat to Workers 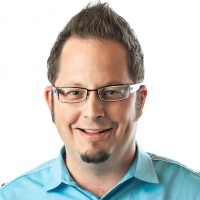