Howie Mandel's Net Worth: From Struggling Comedian to Multi-Millionaire Howie Mandel's net worth is estimated at $60 million as of November 2022. He's an actor, producer, comedian, musician, author, popular judge, a fan favorite at America's Got Talent, entrepreneur, and T.V. host. But Howie wasn't born rich.

Born in Willowdale, Canada, Howie migrated to the U.S., started as a comedian and then rose to prominence after his appearance in St. Elsewhere. Since then, he's worked in the entertainment industry for decades making lots of money. Howie has appeared in various comedy gigs and television stints, including St. Elsewhere, NBC's Deal or No Deal, Gremlins and Bobby's World, among others.

Howie isn't just rich. This celebrity also enjoys donating to charity. He supports organizations that help in lifting the lives of many less fortunate people in various parts of the world through grants and generous donations.

Curious to find out how Howie went from a struggling comedian to $60 million? Let's learn more about Howie Mandel's net worth and its source.

What Is Howie Mandel's Net Worth?

According to Celebrity Net Worth, Howie Mandel is worth $60 million (USD), which includes a career in entertainment and tons of real estate. But he could be worth more than that, as The Richest reports Howie Mandel's Net Worth to be $80 Million.

Howie reportedly earns a salary of $70,000 per episode on America's Got Talent, making one of the top earners in the industry.

Howie is a famously fan-favorite host of America's Got Talent and the game show Fear Factor. Other Howie Mandel's popular projects that earned him his wealth include St. Elsewhere, American and Canadian versions of Deal or No Deal, Gremlins (voice cast) and Late Night with David Letterman among others.

What is the source of Howie Mandel's wealth?

Howie Mandel is also a philanthropist. Together, his combined wealth and sources of income have earned him an estimated $60 million net worth in about 4 decades.

How Much Does Howie Mandel Make per Episode of America's Got Talent?

Howie Mandel became a judge in America's Got Talent (AGT) in 2010, replacing David Hasselhoff, where he earned $70 000 per episode. Howie has taken part in the show from its season 5 to date, spanning 11 seasons and making him the longest host in AGT's history. And the show has rewarded him well because apart from earning $70,000 per episode from AGT, it opened his doors to even more opportunities.

Howie Mandel was born on November 29, 1955, in Willowdale, Toronto, Canada. His father was a real estate entrepreneur and lighting producer.

Howie grew up as a clown among his peers, always pulling pranks on friends, family and even teachers. He was once expelled from high school for impersonating a school official and hiring a construction company to build the school's expansion.

After several attempts, Mandel finally graduated high school and then worked as a door-to-door carpet salesman. But, he soon left the 'tiresome' job, and in 1978 he started pursuing standup comedy at the Toronto comedy club Yuk Yuks. This started his career in the entertainment industry.

After a one-year of success in comedy in Canada, Howie Mandel moved to the U.S. In 1979, Mandel performed standups at the Comedy Store's amateur night in Los Angeles. This made him a regular performer at the famous comedy store. The producer of the comedy game show called Make Me Laugh spotted him and he appeared on the show several times in 1979 and 1980. In the summer of 1979, Mendel also booked a job to open for David Letterman.

Howie's comedy breakthrough arrived in 1982 with the comedy-drama titled St. Elsewhere, which brought him fame and recognition in the U.S. and internationally. He co-starred with famous actors like Mark Harmon, Denzel Washington, David Morse and more. The film drama ran for 6 years while Mendel was also doing his standup comedy work.

Howie managed to make his way to several films, including landing the cast of the Gremlins, a 1984 film, as a voice character of Gizmo and its 1990 sequel. In 1985, he landed on the Late Night with David Letterman show. He performed his standup comedy in various U.S. cities (the Watusi tour). His career consisted of three things in those years: series, makeup, and dubbing.

Then, Howie's career really started to take off.

While still working as a comedian, Howie continued working on many productions, including A Fine Mess, The Iceman Hummeth, Good Grief, and Walk Like a Man. In 1990, he became the creator and executive producer of the animated series Bobby's World, which aired on Fox for seven seasons till 1998. The show became an Emmy-nominated children's animated series. In the series, Howie also lent his voice to the main and many secondary characters.

In 1998, Howie started his own standup comedy T.V. show, The Howie Mandel Show, but it didn't go well. It ran only for two seasons and was canceled in 1999. In the same period, he also tried a personal show called The Hidden Howie: The Private Life of a Public Nuisance, which also achieved little success.

In the early 2000s, Howie worked in roles and voice works in various movies, such as Apocalypse III, Hansel and Gretel, and The Tangerine Bear. In 2004, he was number 82 on Comedy Central's list of the 100 Greatest Stand-Up Comedians of All Time.

But Howie Mendel's breakthrough came in 2005 when he was offered the opportunity to host the NBC show Deal or No Deal, which aired from 2005-2010 in both the USA and Canada. The show was successful in both countries, averaging 10-16 million viewers per episode in its first season and more in the following seasons. Forbes reported that he was paid an average of $750,000 for every episode and was nominated for the Emmy awards. His career also blossomed.

Starting in 2010, Howie Mandel became a judge on NBC's America's Got Talent in season 5, replacing judge David Hasselhoff. He's since worked as the show's judge up to date, becoming the longest-serving judge, hosting a record 11 seasons. He's also hosted the GSN Game Show Awards and the Prime Time Emmy Awards.

America's Got Talent opened up Howie to a world of opportunities. In 2011, he was the executive producer and host of Mobbed, which was canceled after only one season. In 2013, he hosted Deal with It, a hidden-camera practical joke which ran for 3 seasons. He's since appeared in several films, animated features, and television shows.

What Are Some of Howie Mandel's Other Business Ventures?

Howie Mandel is an advisor of Proto Inc., formerly Portal, a high-tech company with a mission to bring holograms to people in different regions worldwide.

Mandel intends to use holograms to get entertainment and comedy to millions worldwide without physical presence.

Howie is also a bestselling author, having published a book in 2010 called Here's the Deal: Don't Touch Me. The book is somewhat his autobiography, where he speaks about his OCD ADHD condition from a comedic point of view. He's also authored Howie Mandel Presents Howie Mandel at the Howie and “HBO Comedy Live! The Young Comedians All-Star Review with Robin Williams.”

Howie has been married to his wife Terry since 1980. Together they have three children Jackie, Riley and Alex, the only son.

Howie Mended has ADHD and mysophobia, an irrational fear of germs. He won't shake hands with anyone.

Howie Mandel's net worth is an estimated $60 million, which includes many real estate properties. In 2018, he purchased a $2.6 million ranch-style home on just about 2,200 square feet in the celeb-filled Hidden Hills community in L.A.'s suburbs. It's a single-story, four-bedroom house with 2.5 bathrooms and a separate guest suite. He sold the property two years later to NFL player Jalen Ramsey for $9.5 million.

Currently, Howie owns various homes, including a $1.53 million property in Calabasas, an almost 13,000-square-foot home in Hidden Hills and three condos in Santa Monica. He reportedly bought the condos for a total of $4.8 million.

How much is Howie Mandel's net worth?

As of November 2022, Howie Mandel's net worth is $60 million, primarily from his work as a comedian, reality television host and personality and producer.

How does Howie Mandel make his money?

Howie's source of wealth is almost all from the entertainment industry. The Canadian-U.S. started as a comedian but has been a game show host, reality show judge, television and radio personality, film producer and actor, voice-over producer, and author.

What are some of Howie Mandel's most popular career highlights?

What is Howie Mandel's latest project?

Howie Mandel: Bullshit the Game Show (2022—), Howie Mandel: But, Enough About Me (2020), the Breakout the Masks Charity Campaign together with ePlay Digital Inc. and the Howie's Games project.

Howie Mandel has had a great career in the entertainment industry spanning comedy, reality tv, acting and television in North America. He has been very active in film production, comedy and T.V.

We can take inspiration from Howie for three traits he’s developed: patience, persistence and innovation. Howie patiently but persistently worked through his career to rise to his current level. If you’ve got these same winning traits, they’ll help you start your own business - one you can grow to 7-figures and sell for a life-changing payday. It all begins with choosing the right business for you. Here’s a free video series we’ve created that’ll help you come up with your million-dollar idea. 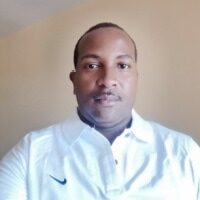