Manti Te'o's Net Worth: How Much Did the Former NFL Star Make in Salary and Endorsements? You might think of Manti Te’o as the victim behind the ex-girlfriend hoax.

The story became so big overnight that it turned him from a rising sports star to an internet joke. From the Netflix documentary to PR news, this hoax spread like wildfire.

But do you know before this incident, Te’o played for Notre Dame, and was considered one of the top college football players in the country? And now, even after retiring from his NFL career, he’s started his real estate businesses, and invested in many more ventures.

Curious to know, what led a sportsman to turn into a businessman? Let’s dive into his story and learn more about Manti Te’o’s net worth, too.

Who is Manti Te'o?

What is Manti Te'o's Net Worth?

Manti Te'o has an estimated net worth of $3.5 million.

How much is Manti Te'o's net worth?

What salary did Manti Te'o make during his NFL career?

In total, Manti Te'o earned $10.4 million over the course of his NFL career (before taxes and other fees). The New Orleans Saints paid him $1.7 million during his highest-paid season in 2018.

What endorsements have Manti Te'o secured?

What is the story behind the Manti Te'o girlfriend hoax?

In January 2013 it was revealed that the whole story behind Te’o’s girlfriend was a hoax. It turned out that Te'o's girlfriend had never actually existed, and that he had been the victim of a "catfishing" scheme in which someone had created a fake online persona and pretended to be his girlfriend. The person behind the scheme, Ronaiah Tuiasosopo, later admitted to creating the fake persona and carrying out the hoax.

While Manti lost millions of dollars in the draft, became a national joke, and likely had a sub-par NFL career as a direct result of the hoax, he still publicly forgave the hoaxer.

How did Manti Te'o's catfishing scandal affect his career?

The scandal also overshadowed Te'o's football career, at least for a time. He was considered one of the top college football players in the country at the time of the hoax and had been expected to be a high pick in the NFL draft. However, the controversy surrounding the hoax likely affected his draft stock, and he ended up being selected in the second round by the San Diego Chargers.

How did Manti Te'o respond to the catfishing situation?

When the Manti Te'o girlfriend hoax was first revealed in January 2013, Te'o released a statement acknowledging that the girlfriend he had talked about publicly was fake and that he had been the victim of a "catfishing" scheme. In the statement, he said that he had met someone online who he thought was a real person and that he had developed an emotional relationship with her.

What other projects has Manti Te'o taken part in since retiring from the NFL?

Manti frequently posts about his family online. On occasion, he also shares content about his training sessions. While Te'o is a free agent in the NFL, he is not currently playing football. In the meantime, he's been going back to Notre Dame to watch the Fighting Irish and give speeches to students.

What awards and accolades has Manti Te'o received?

He won the 2012 Defensive IMPACT Player of the Year Lott Trophy, as well as the Maxwell Award, the Chuck Bednarik Award, the Bronko Nagurski Trophy, the Butkus Award, the Lombardi Award, and the Walter Camp Award. In addition, he was named a national scholar-athlete by the National Football Foundation.

What are some of the sources Manti Te'o has used to increase his net worth?

Manti is also an entrepreneur, dealing in many business ventures, mostly real estate. On Te'o's LinkedIn page (where his bio reads entrepreneur, NFL, and real estate), he lists himself as co-founder of Ohana Homes and Investing in San Diego.  His company HI 5 Homes, LLC is another real estate investment firm in San Diego.

You never know what curveball life might throw at you. Te’o’s life has been full of unexpected turns and events, even while he was a sportsman. Here are two things you can carry onto your business—

When life gives you lemons, make lemonade, and drink it.

Manti never let the bad events in his life dictate his future. Even during his fake girlfriend hoax, he always kept his cool, continued playing matches, and never spoke ill of the hoaxer. He took all the bad events and turned them into lifelong lessons.

Don’t have just one source of income.

Te’o has more than 5 sources of income, including being a free agent at the NFL, and a businessman. In this unpredictable era, you can’t have just one source of income to depend on. The best way to create wealth is to build a successful brand you can one day sell for a life changing payday. Invest that money wisely, and you’ll create generational wealth that sets your family up for life.

If you have the determination to make it big in the business world, we’d love to help you. In fact, we’re on a mission to make one million millionaires by 2028.

The first step is finding the perfect business for YOU. Watch this free video series to find your

And if you’re really serious, read 12 Months to $1 Million. It will give you a blueprint you can follow to get started - the same plan our most successful students followed to build million-dollar brands that make the world a better place. 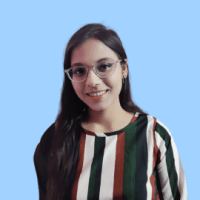