How to Solve the Skilled Labor Shortage Problem During his presidential campaign, President Trump promised to "bring jobs back" to the United States.

While it's true that the high cost of doing business in the United States has caused some companies to outsource, there are many industries suffering in the country because of a lack of skilled labor.

While there is certainly a discussion to be had about manufacturing jobs moving overseas, many Americans don't know that there are plenty of companies right here in the United States that are desperate for qualified workers.

For years, in fact, economists have predicted that we would be facing a shortage of skilled labor in certain industries nationwide.

And this isn't just small beans. By 2020, the economy will have a shortage of five million workers.

Some industries are already feeling the pain more than others. The construction industry, for example, already has 200,000 unfilled jobs in the United States.

Not surprisingly, there is also a shortage of labor in many tech-based fields.

Tech giants like Amazon are adding hundreds of thousands of jobs to the economy -- but the expansion of tech-driven industries is also subtracting many jobs from other fields, like retail.

The economy is changing rapidly, but this is nothing new.

Workers have always had to adapt to new innovations.

All of these changes speak to how important it is for young Americans to get training in subjects that are relevant.

If you get a $200,000 bachelor's degree in Art History, Gender Studies, or English, you might have a hard time finding a job in today's economy.

But if you pursue fields like computer science, engineering, nursing, or even communication -- skills that are useful in today's economy -- you'll probably always have a job.

Trade school is also extremely underrated. You can go to trade school for far less time and money than a traditional college, and come out with a practical skill that will likely ensure you a good-paying job.

Many companies are in dire need of workers with trade school training -- yet only 6 percent of high school students currently wish to pursue a future career in the skilled trades.

Why Labor in Capitalism Thrives (Hint: Government Cannot Own Labor)

Workers who become builders, electricians, roofers, and plumbers have their pick of jobs -- and the US Department of Labor predicts that demand for these skilled workers will grow faster over the next decade than the pace of overall job growth.

Part of the problem is the way we portray the trade school option to young students. Too often, high school guidance counselors make students feel as though they NEED to go to a traditional college to be successful.

Alternatives like trade schools are often looked down upon, or not even discussed at all. That needs to change!

President Trump has promised infrastructure spending to boost employment, but where are the workers who will build the new highways and bridges? The government can throw money at the industry, but that doesn’t change the fact that we need trained people to build these projects.

While Trump Vows to Bring Jobs Back, Skilled-Labor Shortages Worsen

High school guidance counselors should be honest with students about the bleak job prospects for Humanities degrees, and help students explore options in industries like trade tech, medicine, and communication.

Once we start having an honest discussion about the changing economy and workforce, we’ll all become more prosperous -- and more employed!

Thank you so much for watching!

MORE GREAT VIDEOS FROM KRISTIN TATE ON CAPITALISM.COM:
• How Our Complex Tax System Punishes Workers, Hinders Business Growth
• What Can Be Done About the Entitlement State to Incentivize Self Sufficiency?
• When Government Gets Out Of The Way, Entrepreneurial Millennials Thrive 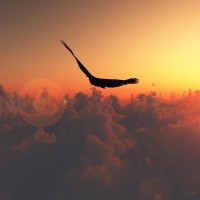